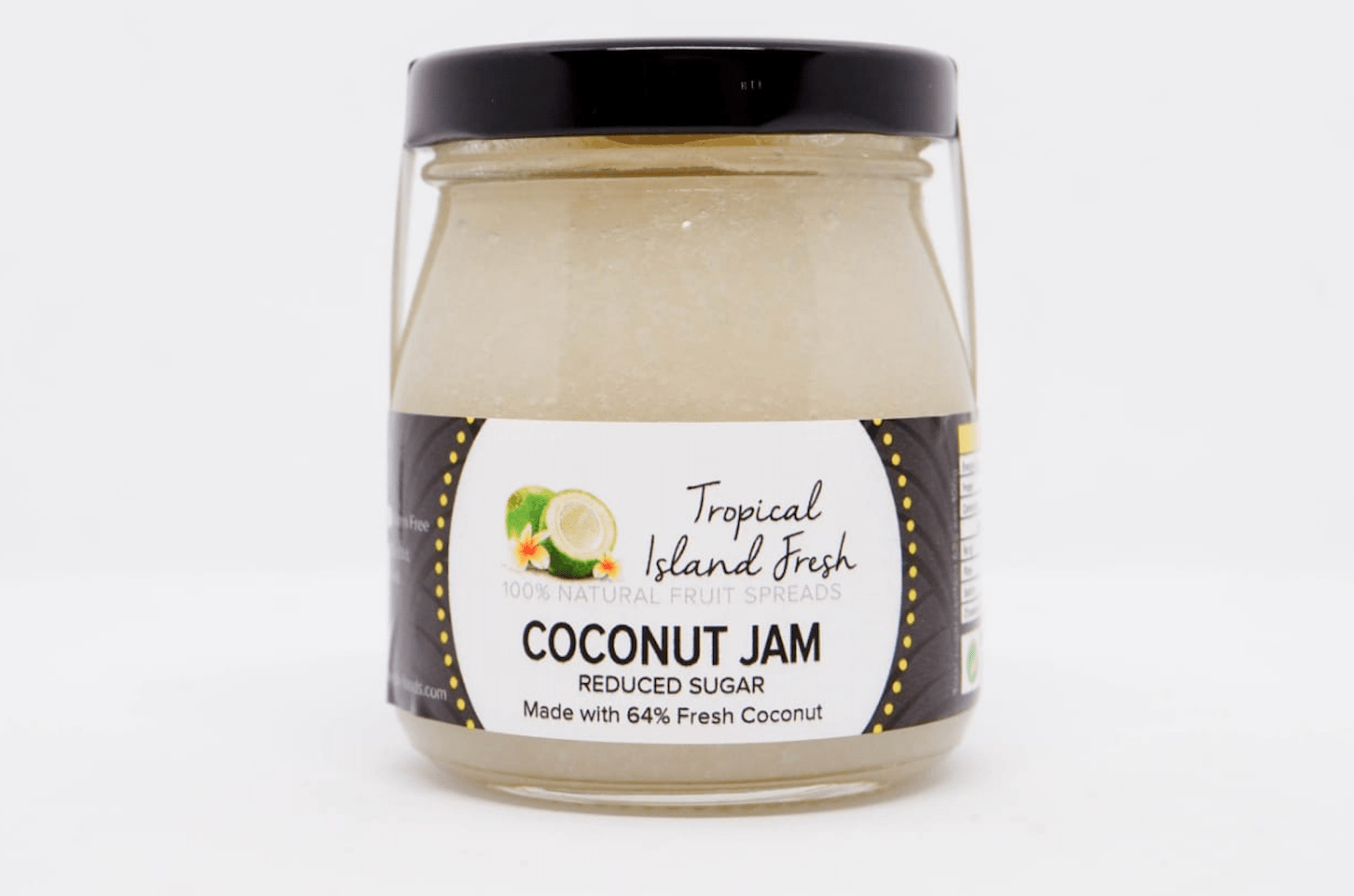 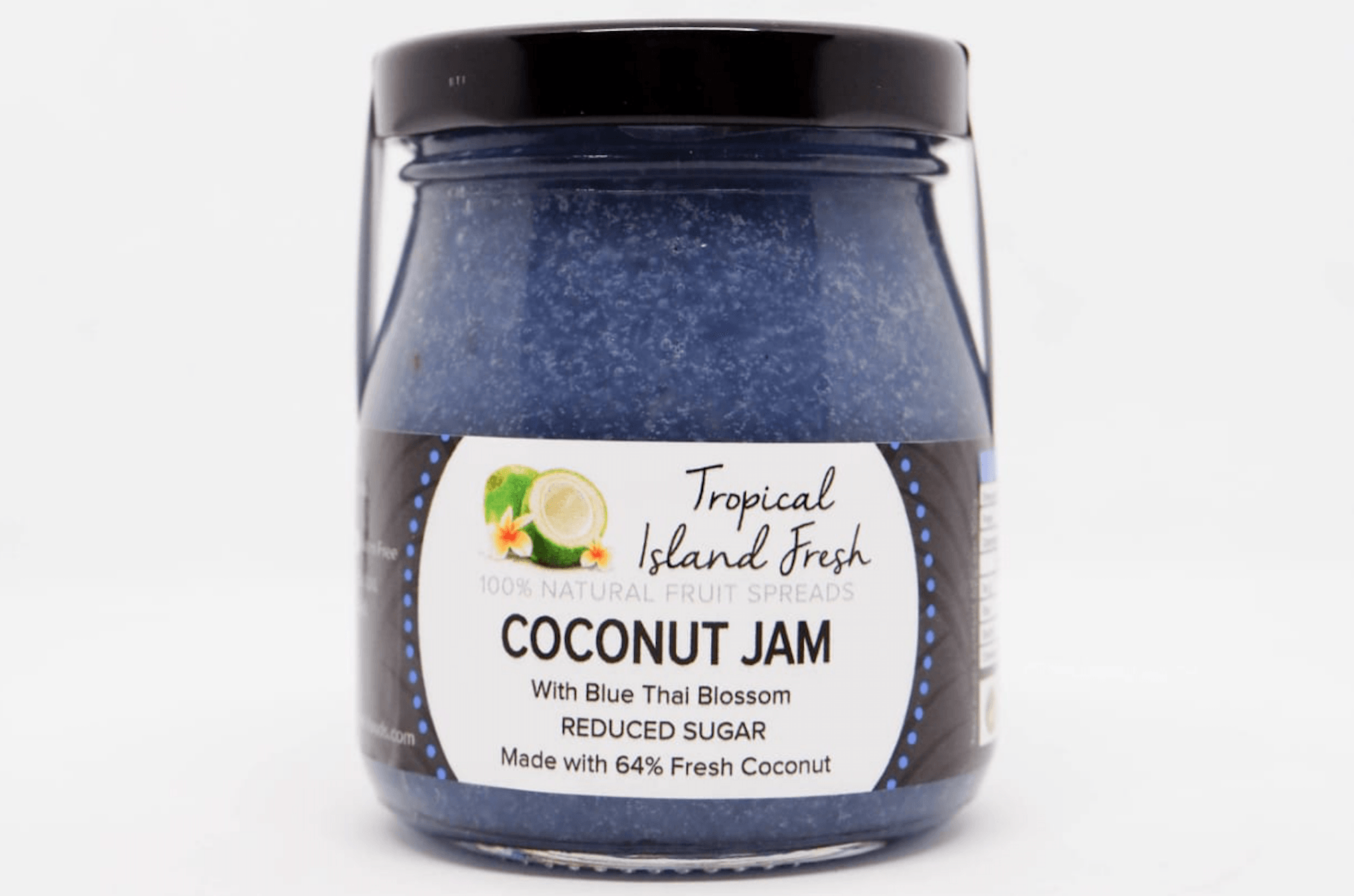 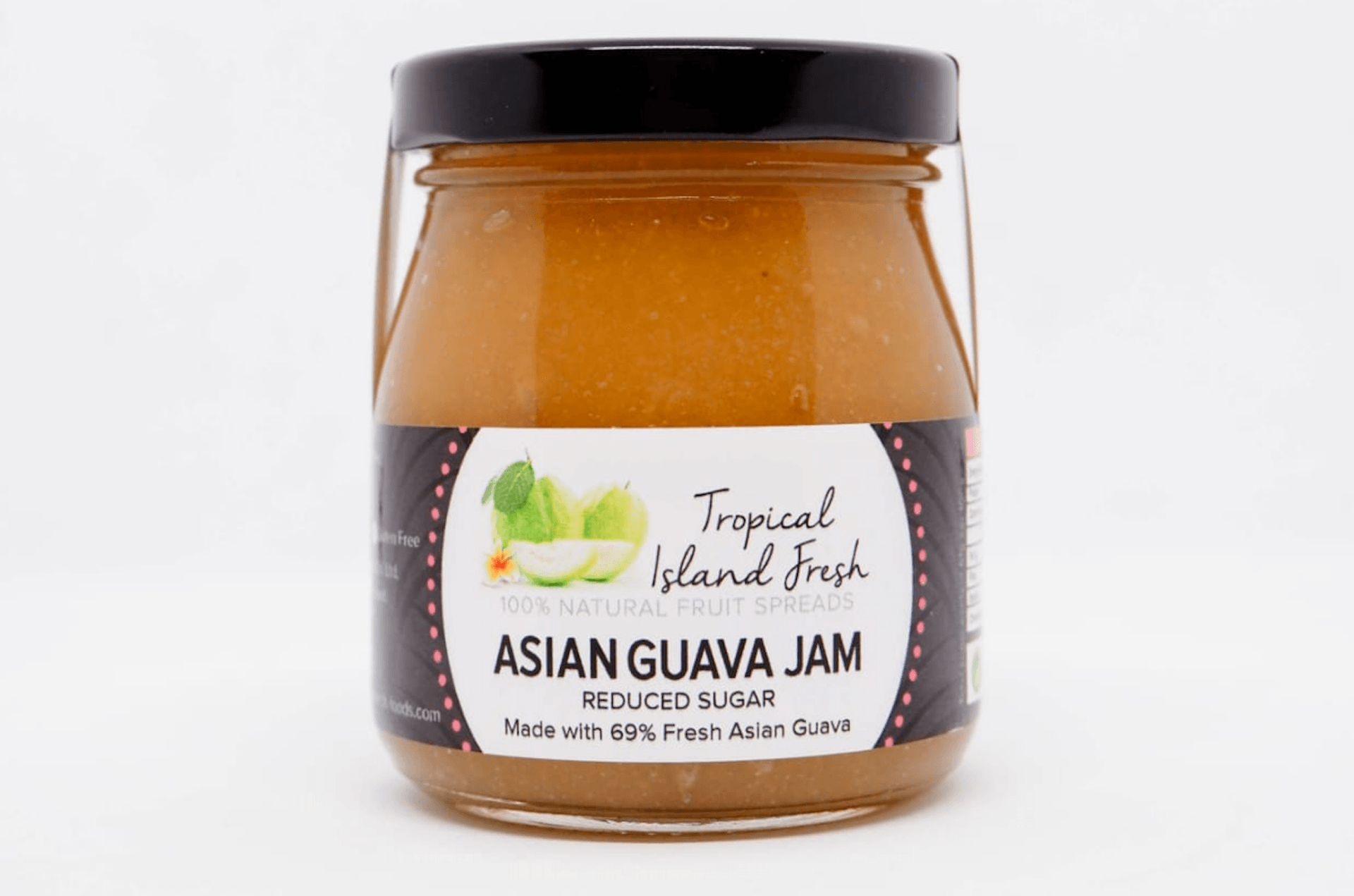 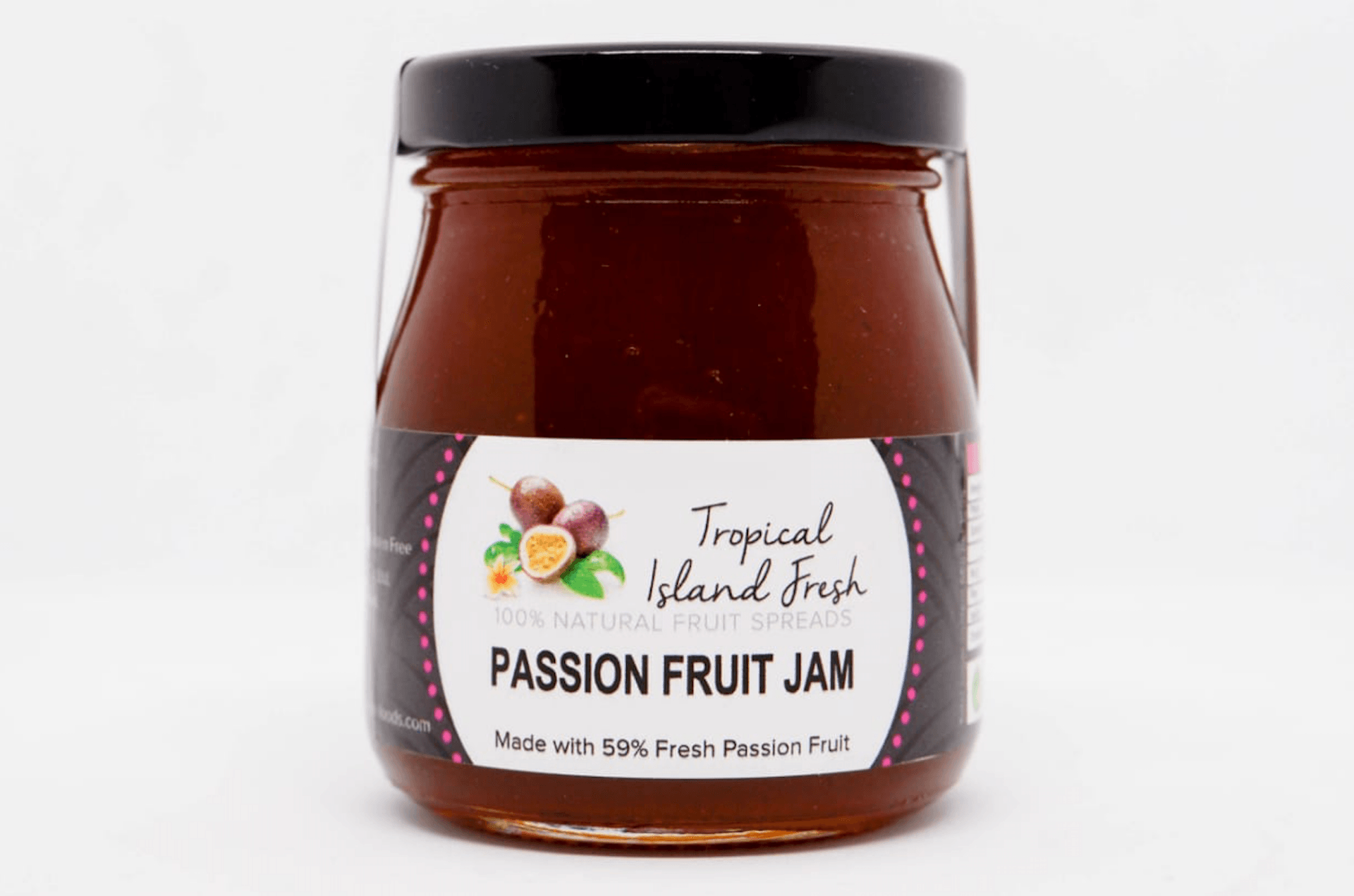 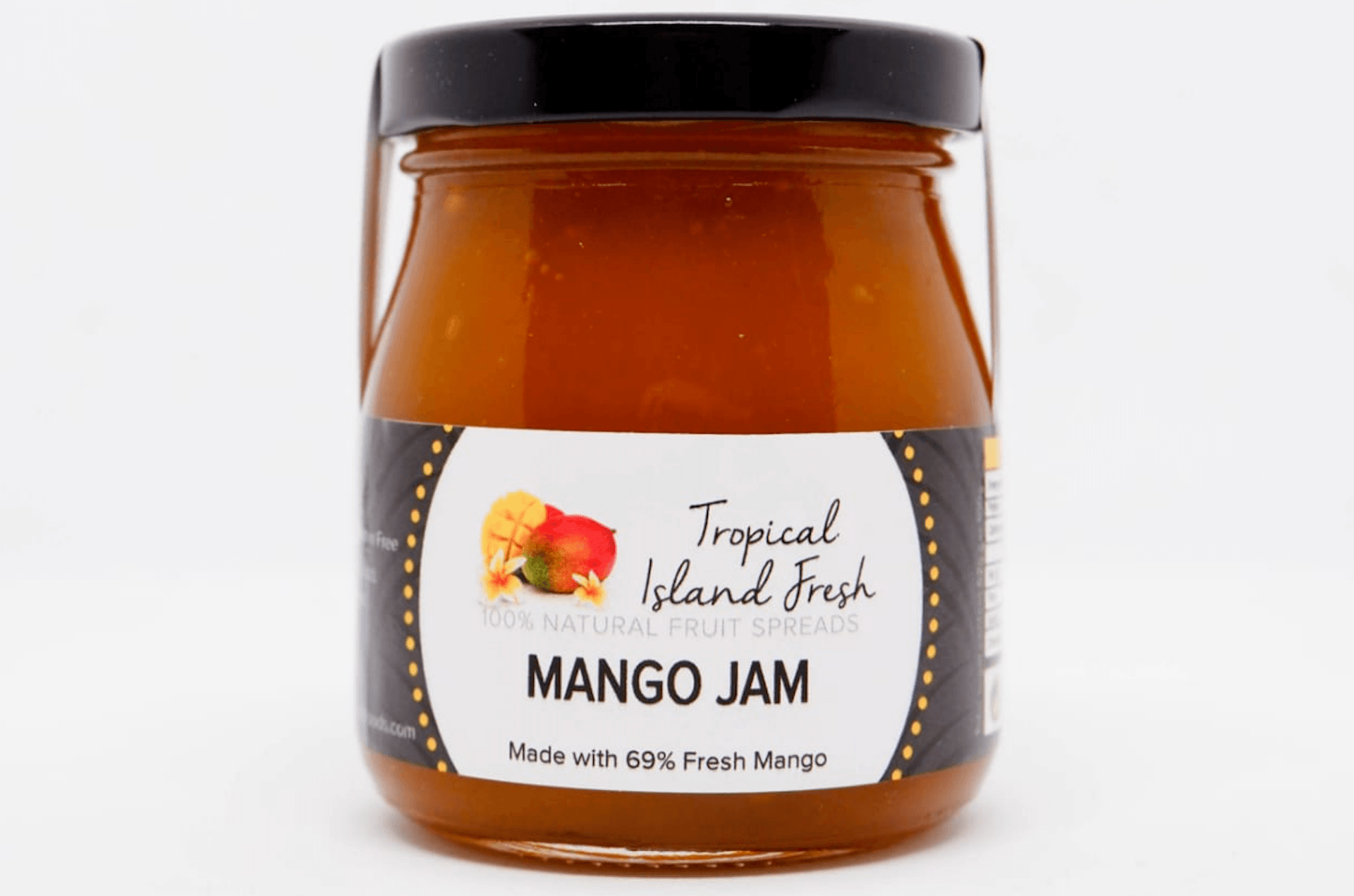 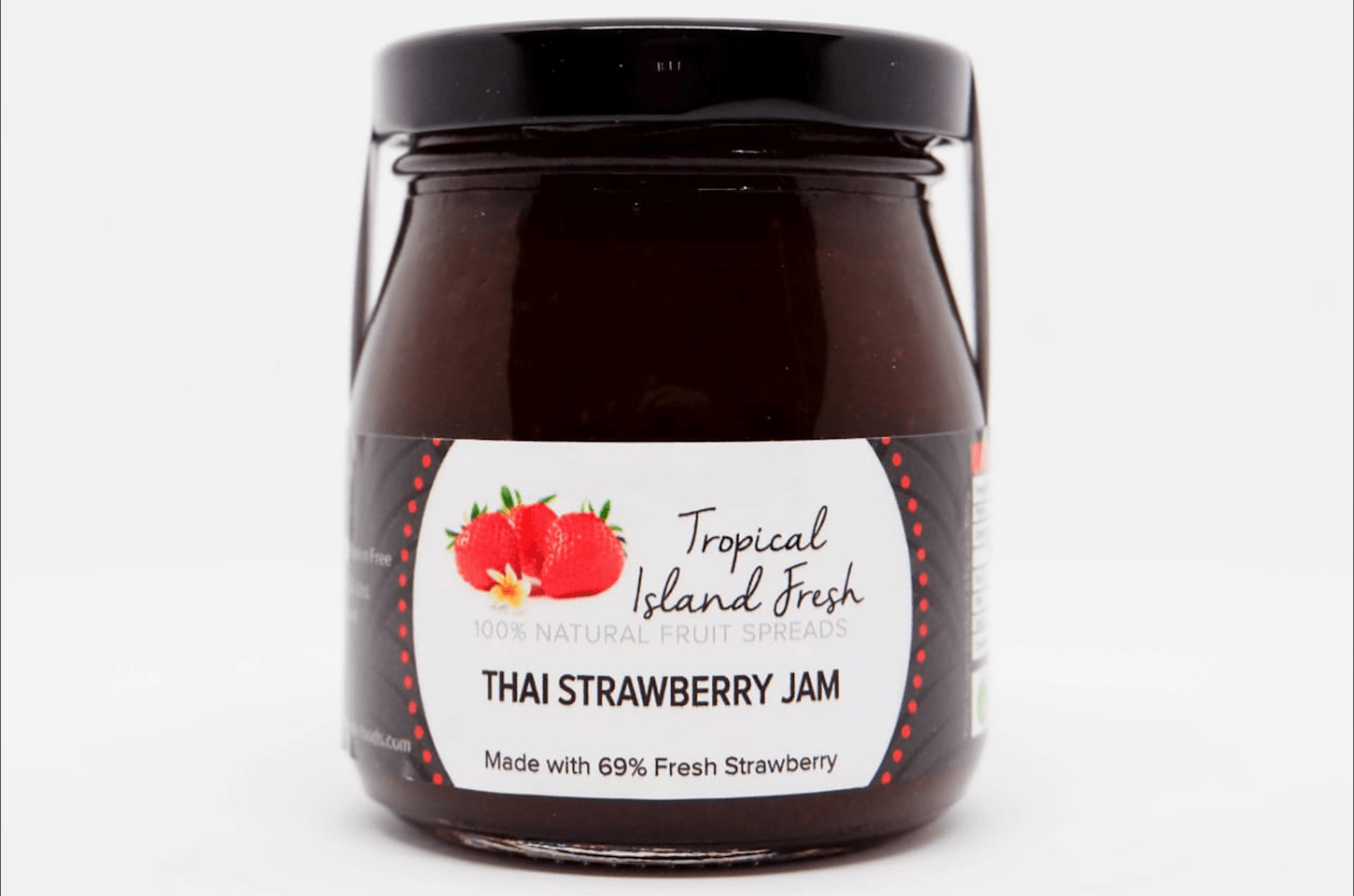 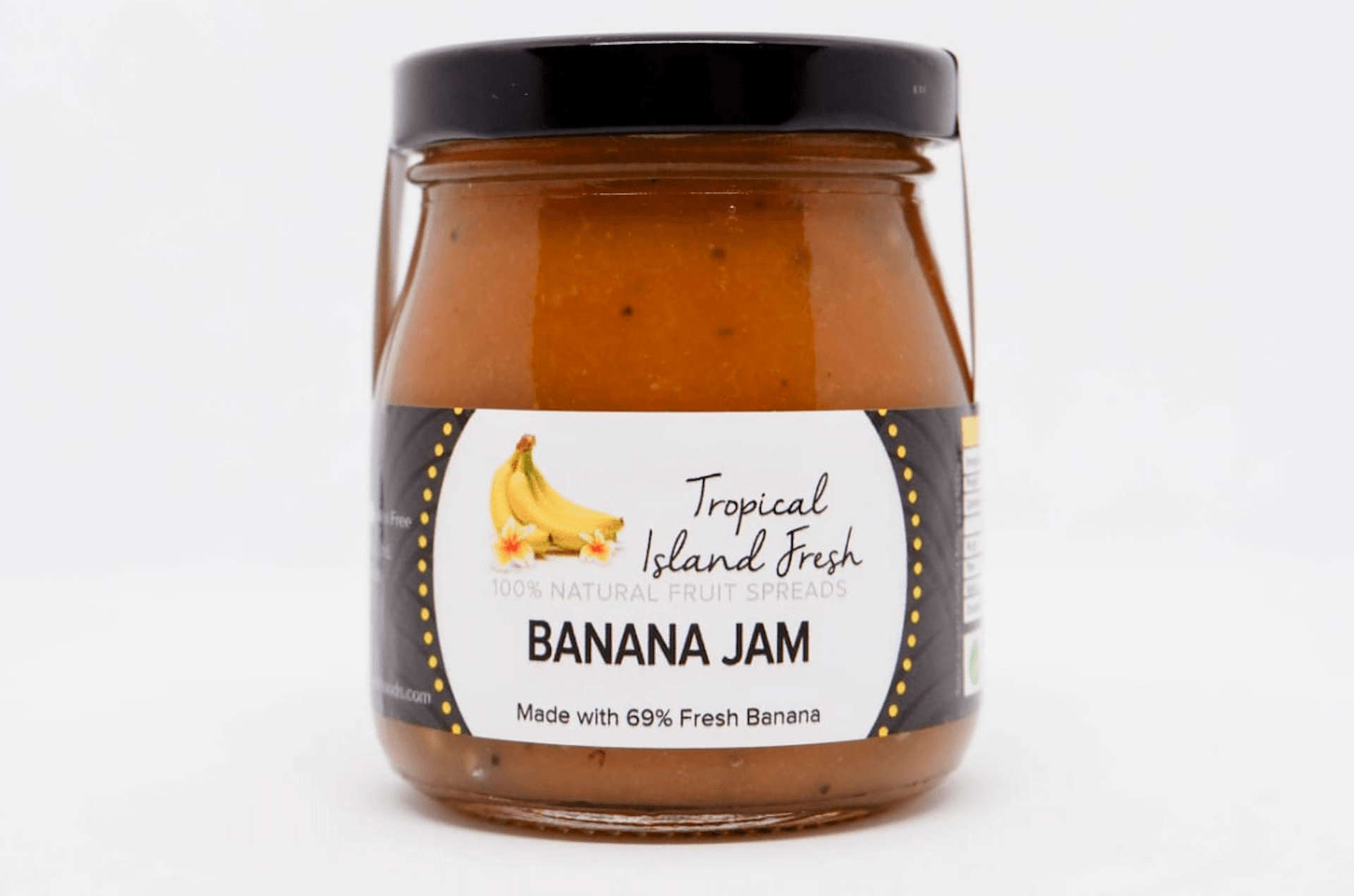 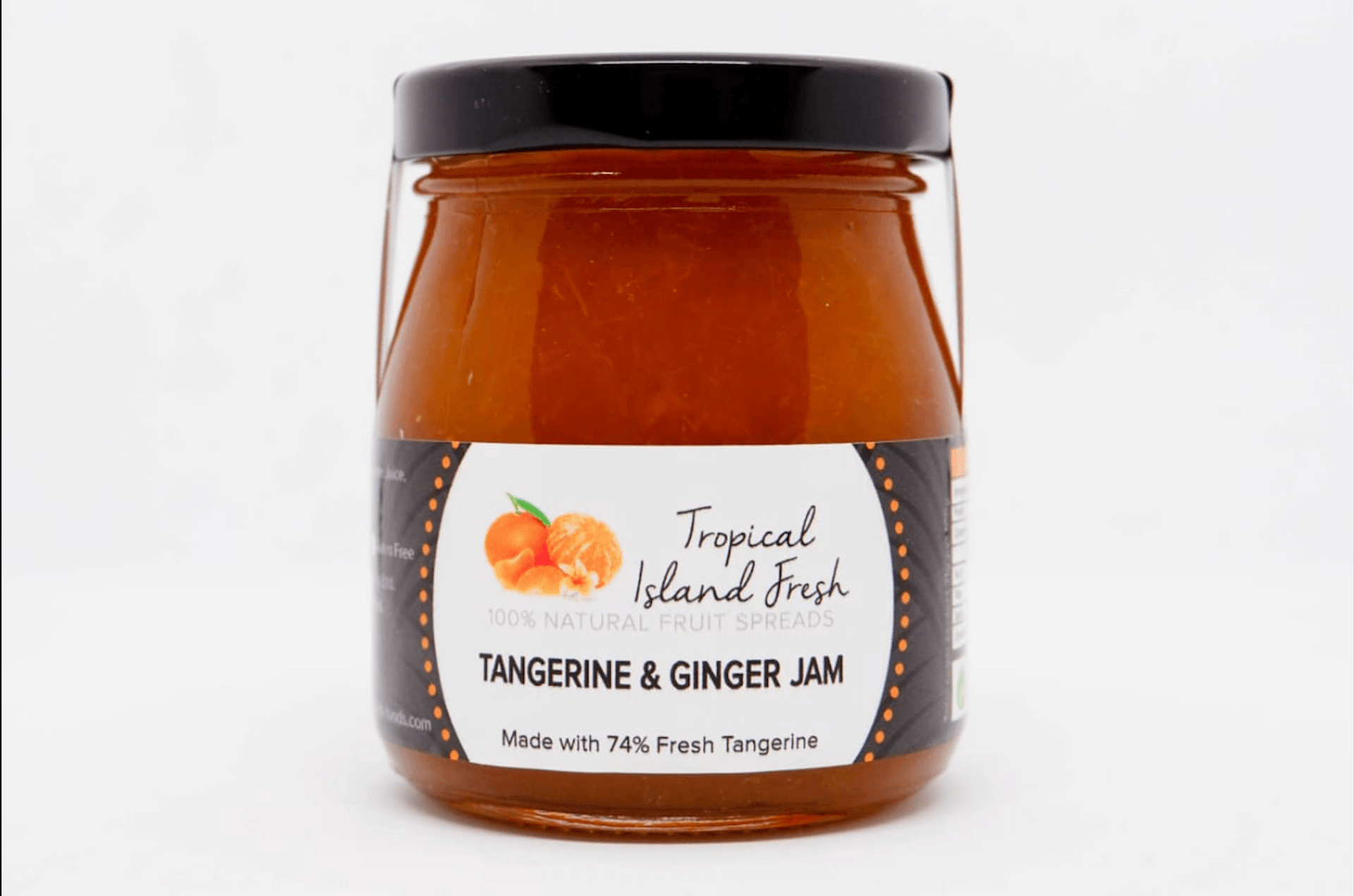 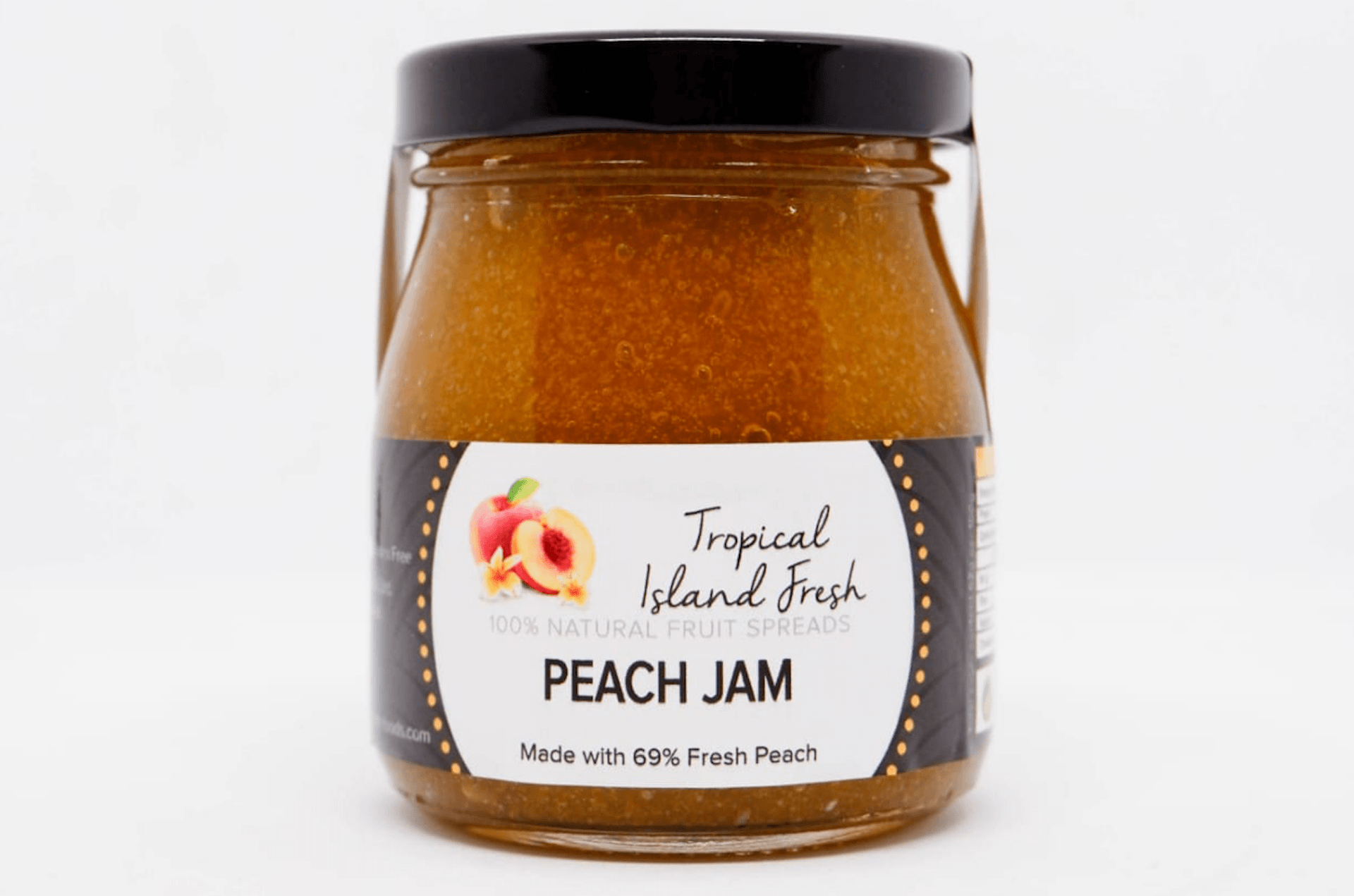 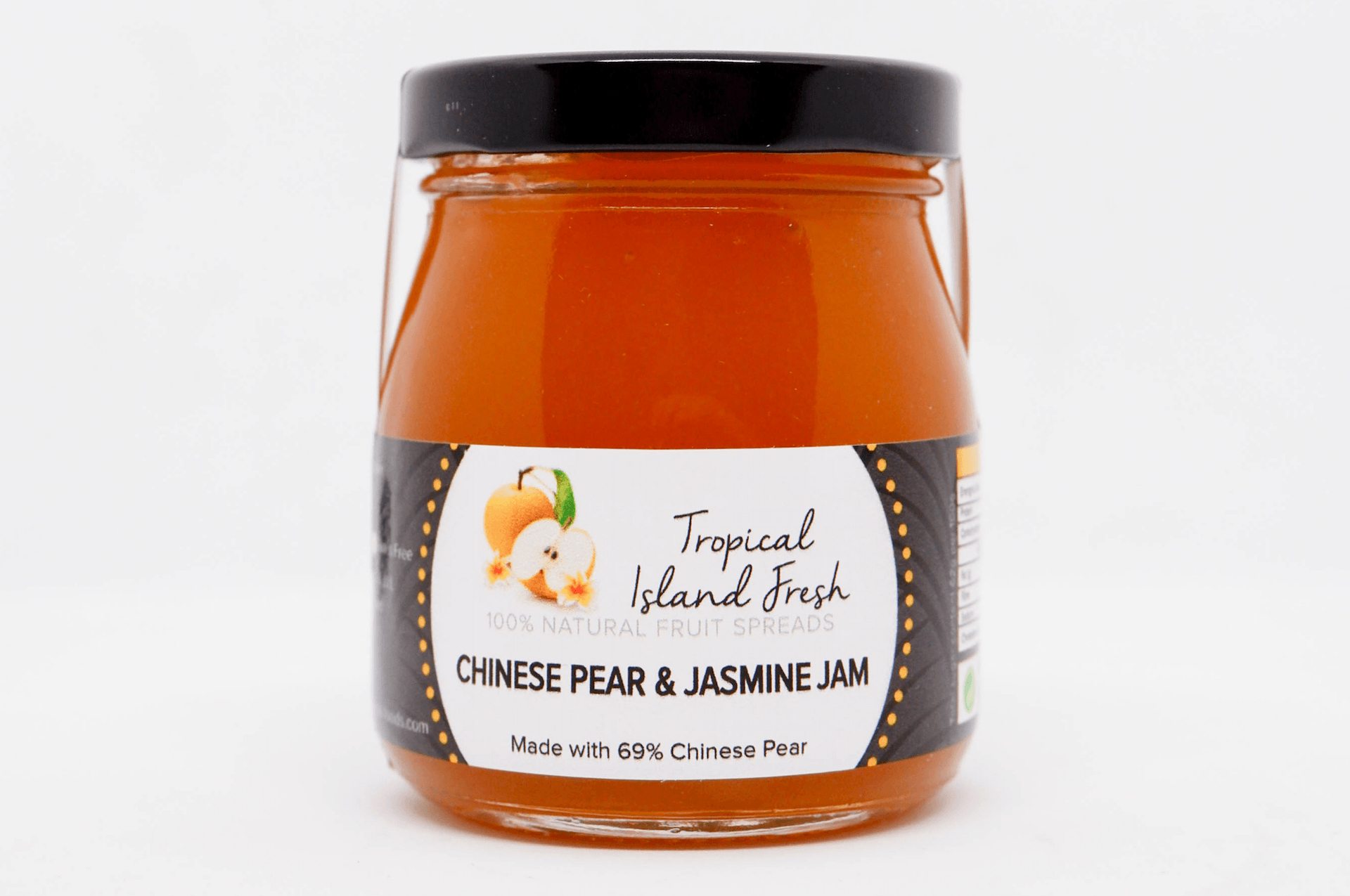 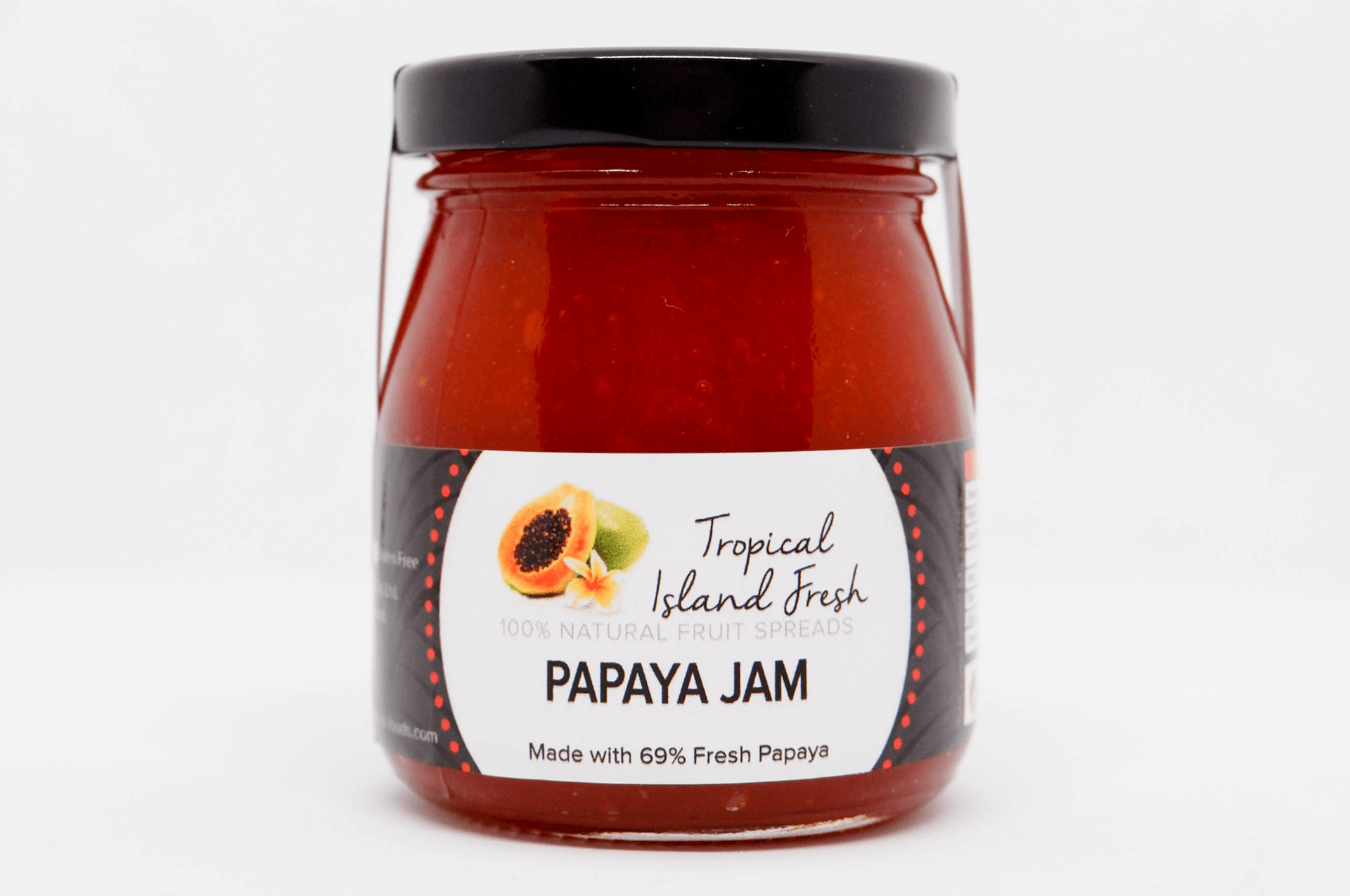 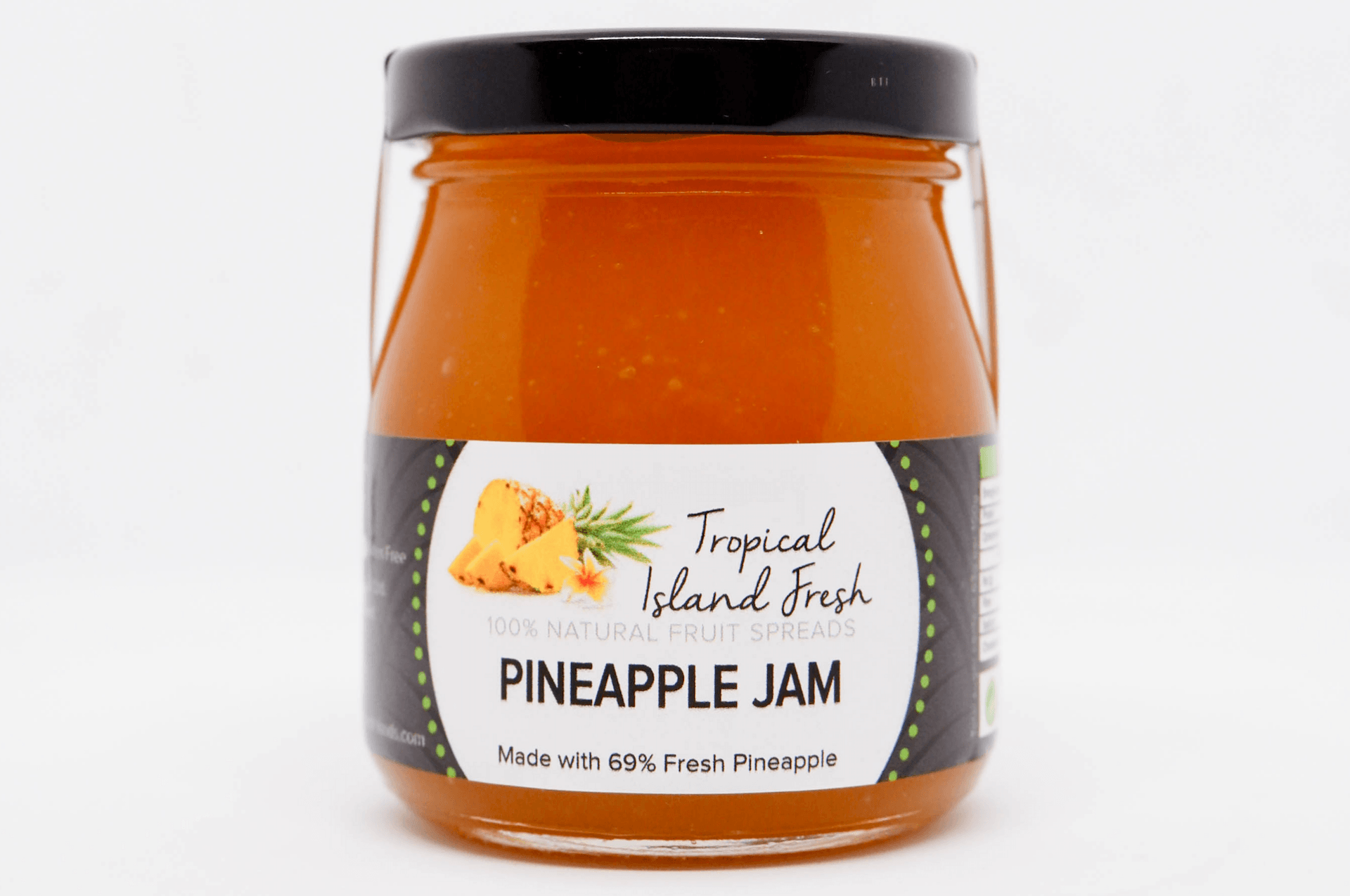 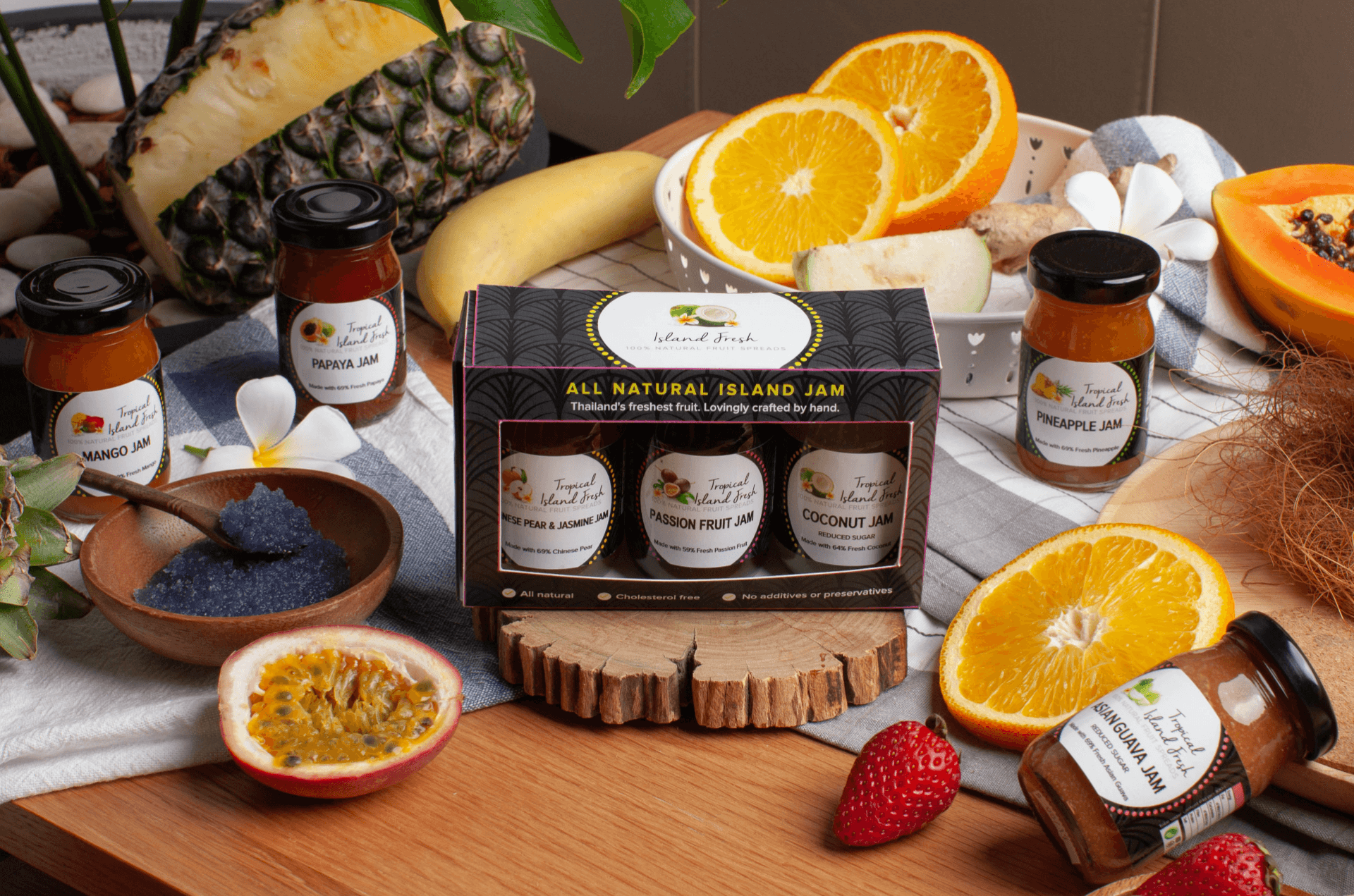 The coconut tree is a member of the palm tree family and the only living species of the Cocos plant. The coconut fruit is actually a drupe, not a nut. The term Coconut is derived from the 16th-century Portuguese and Spanish word coco meaning "head" or "skull",  after the three indentations on the coconut shell that resemble facial features.

Coconuts are used today in many products, ranging from food and drinks to cosmetics and animal feed. The inner flesh of the mature seed forms a regular part of the diets of many people in the tropics and subtropics. Coconuts are distinct from other fruits because they contain a large quantity of clear liquid called "coconut water".  Pectin in coconuts is from citrus fruit.

The coconut palm is so highly valued by locals,  as both a source of food and medicine that it is called “The Tree of Life”.

-  Coconut is highly nutritious and rich in fibre, vitamins and minerals, and contains no fats which increase cholesterol.
-  Considered a complete food, with all food types required to sustain human life – protein, carbohydrates etc.
-  It is classified as a “functional food” because it provides many health benefits beyond its nutritional content.
-  There is a huge list of health benefits including lowering blood sugar (diabetes), and boosting immune system (anti-bacterial, anti-fungal, anti-microbial)

The Clitoria ternatea plant, also known as the butterfly-pea, is a plant from the Fabaceae family and is commonly found throughout South East Asia. The bright blue petals from the flowers of the butterfly-pea plant have been used as an ingredient in herbal tea drinks throughout the region for centuries.

The Butterfly Pea Flower is full of potent antioxidants, and has even been studied for its ability to help protect the skin against premature aging (it fights against glycation, which is protein damage caused by an influx of sugar molecules).

It is believed to have originated in Central America where it is alternatively known as "sand plum". It is round or oval in shape with light green skin, and crispy white flesh. It has edible seeds which are rich in nutrients. Besides its unique flavour and fragrance, guava has been hailed as one of the super fruits due to the numerous health benefits it offers.

The purple passion fruit is the fruit of the Passiflora edulis Sims plant . Passion fruit is a type of tropical fruit grown all over the world. It has a hard, colourful rind and a juicy, seed-filled centre.
There are a number of species of passion fruit, of which the Purple Passion Fruit is the most common. It is grown in almost every warm country in the world, prized for its vibrant, delicious taste.

Passion fruit is known to be rich in minerals like magnesium, calcium, iron phosphorous, potassium and sodium

Mangoes are a juicy, sweet stone fruit (drupe) from numerous species of tropical trees. The majority of these species are found in nature as wild mangoes. They all belongs to the cashew family Anacardiaceae. Mangoes are native to South Asia, from where the "common mango" or "Indian mango", has been distributed worldwide to become one of the most widely cultivated fruits in the tropics.

Mango fruit varies in size, shape, colour, sweetness, and eating quality. When it is ripe it has a distinctive sweet &  fragrant smell.

The strawberry plant Fragaria x ananassa is cultivated worldwide for its highly prized fruit. It is widely appreciated for its unique aroma, bright red colour, juicy texture and sweet flavour. It is consumed fresh and also used in many different foods, drinks, sauces and preserves.

During the colder months in Thailand, in Highlands regions, the weather is ideal for growing strawberries. The strawberry picking season is from November till January. The best place to do this and the most accessible is a little known place called Mon Cham pronounced Mon Jam.

The Thai climate and rich soil, gives the strawberries a uniqe and delicious taste.

A banana is an edible fruit – technically a berry – produced by several kinds of large herbaceous flowering plants of the Musa species. Bananas originate from South East Asia and Australia, and now are grown in 135 countries.

The most popular banana, like the one we use, is the Cavendish Banana. The scientific name for banana is musa sapientum, which means “fruit of the wise men.”

The Tangerine’s name comes from Tangiers in Morocco, the port where the fruit was first shipped to Europe and Florida in the United States in the 1800s. But prior to that, tangerines had been cultivated in China and Japan for over 3,000 years.  Tangerines are also called Mandarins, which refers to the Chinese Mandarin people, since the fruit originates from the China region. Genetic study has shown tangerines to be mandarin orange hybrids containing some pomelo DNA.

Tangerines are smaller and less rounded than common oranges. They taste sweeter and stronger than that of an orange. A ripe tangerine is firm to slightly soft, pebbly-skinned with no deep grooves, as well as orange in colour.  The fruit is divided into 10 juicy segments. The thin skin is easy to peel making them popular to eat out of hand at any time.

They contain a range of vitamins and minerals although the highest by far is Vitamin C.

The peach is a soft, juicy and fleshy stone fruit produced by the peach tree (Prunus persica) which is native to the region of Northwest China.

The color of a white peach refers to the inside flesh of the fruit.  On the outside, they are both paler and pinker than their yellow counterparts.  White peaches have a super sweet flavour and are more delicate, making them more prone to bruising.

The Chinese Pear tree , Pyrus pyrifolia , is native to East Asia. The tree's edible fruit is known by many names, including: Asian pear, Chinese pear, zodiac pear, and sand pear. It is grown throughout East Asia, and also in other countries like India, Australia, New Zealand, and the United States.

Traditionally in East Asia the tree's flowers are a popular symbol of early spring, and it is a common sight in gardens and the countryside. This light coloured fruit looks like an apple, but tastes similar to European Pear. It has a high water content and a crisp, grainy texture. It tends to be quite large and fragrant.

The Papaya plant Carico Papaya grows in tropical climates.  The fruit called Papaya are also known as papaws or pawpaws.  Their sweet taste, vibrant colour, fragrant aroma and wide variety of health benefits they provide make them a popular fruit.

Native to Mexico and northern South America, papaya has become naturalised throughout the Caribbean <islands, parts of the USA, and other tropical and subtropical regions of the world.

Pineapples are tropical fruit that are rich in vitamins, enzymes and antioxidants. They may help boost the immune system, build strong bones and aid indigestion. Also, despite their sweetness, pineapples are low in calories.

Pineapples are members of the bromeliad family, and one of the few bromeliads to produce edible fruit. The fruit is actually made of many individual berries that fuse together around a central core. Each pineapple scale is an individual berry.

A Tropical Island Fresh gift box set is a unique gift for anybody who enjoys jam or loves the taste of tropical fruit.

These sets contain 3 x 60ml jars of our  most popular flavours, giving a choice of different flavours to suit whatever bread or confection is on the table.

Want to know more about our jams?